The exhibitions you must see in 2020

With spectacular shows in store, from Titian to Grayson Perry, Alice in Wonderland to Art Deco, make this the year you tick everything off your list. Here are our exhibition highlights for 2020. 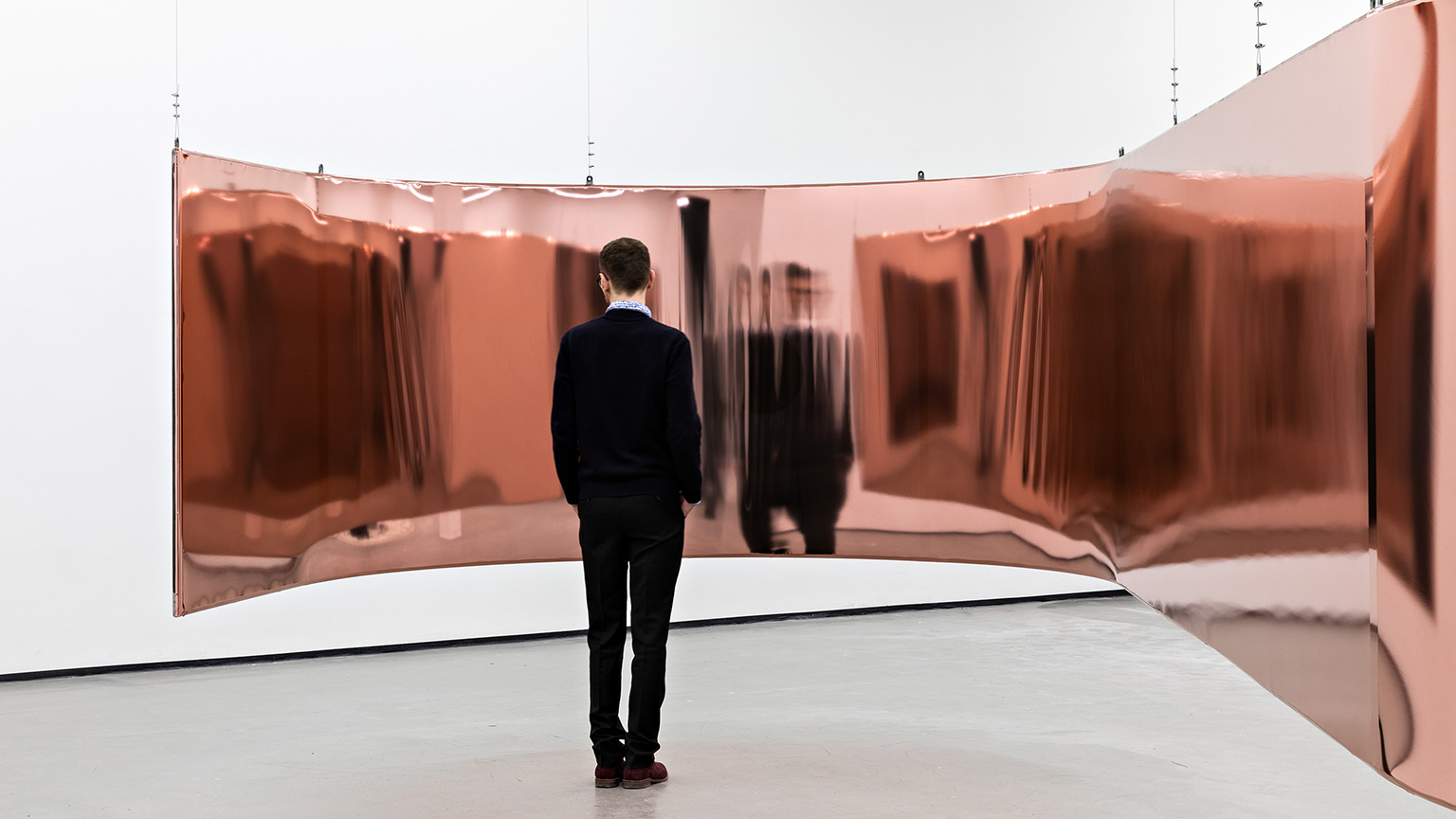 Calendars and diaries at the ready: 2020 is full to bursting with intriguing and jaw-dropping exhibitions.

From blockbuster outings of big names such as Warhol, Rodin and Raphael, to in-depth explorations of subjects as varied as dinosaurs, Islamic metalwork and sneakers, there are many reasons to be excited about the year ahead.

Of course, new exhibitions are being announced all the time, so keep up to date with our full exhibition listings and never miss a must-see.

And don't forget, you can enjoy free entry to hundreds of museums, galleries and historic houses, plus 50% off major exhibitions, with a National Art Pass or Student Art Pass.

The year starts off with a roar – meet, if you dare, the mighty Tyrannosaurs in the National Museum of Scotland’s groundbreaking exhibition.

In Bath, discover the early ceramics of Grayson Perry, many of which were retrieved from obscurity after an appeal to the public.

Anne Katrin-Purkiss’s photographic portraits at the Lightbox in Woking celebrate pioneering women, both in and out of the public eye.

The Foundling Museum explores 500 years of Portraying Pregnancy in art, and asks why it’s still a controversial subject (below).

And Naum Gabo’s kinetic sculptures are given a major retrospective at Tate St Ives, 100 years after the Russian Constructivist published his electrifying manifesto on the purpose of art.

It’s best of British in February as Tate Britain delves into the overlooked period of British Baroque. Some of the works on display will be leaving their stately homes for the first time in centuries.

At Dulwich Picture Gallery, the focus is on the origins of British Surrealism in an exhibition bringing together works by more than 30 artists from a fascinating 170-year period.

Art Deco by the Sea at the Sainsbury Centre looks at how mass tourism changed British coastal culture between the First and Second World Wars (touring to Laing Art Gallery in July).

Meanwhile, the Victoria Art Gallery in Bath turns its attention to Bohemian Paris with an exhibition of iconic colour posters by Toulouse-Lautrec and his contemporaries.

And the Barbican considers how Masculinities have been represented and constructed by film and photography since the 1960s (below).

Sunil Gupta, Untitled 22, from the series Christopher Street, 1976. Courtesy the artist and Hales Gallery, © Sunil Gupta. All Rights Reserved, DACS 2019. Part of Masculinities: Liberation through Photography at the Barbican

From mythical gods to 1920s high society, March captures all the glamour and intrigue of ‘it’ crowds from across the ages.

Classical myths are brought to life in all their drama through Titian’s series of masterpieces at the National Gallery, commissioned when he was the most famous painter in Europe (touring to Scottish National Gallery in July).

Other unmissable exhibitions to see this month include a showcase of David Hockney’s drawings at the National Portrait Gallery.

Young Rembrandt at the Ashmolean is the first UK exhibition to focus on the master’s early career before he rocketed to fame.

For fashion fans, Fabric: Touch and Identity at Compton Verney looks at the power of clothes and textiles in fashion, art and film, with works by designer Vivienne Westwood and Surrealist artist Dorothea Tanning, among many others.

And the V&A in London focuses an entire exhibition on the Kimono (below), revealing a garment of huge social and aesthetic importance since the 1660s. (Next month, another V&A exhibition is exclusively about Bags).

Fashionable brocade patterns of the Imperial Palace, woodblock print, made by Utagawa Kunisada, 1847-1852, Japan, © Victoria and Albert Museum, London. Part of Kimono at the V&A

With spring (hopefully) in the air, sculpture parks start to come into their own.

As well as the permanent open-air collection at Yorkshire Sculpture Park, be sure to visit the exhibition Breaking the Mould: Sculpture by Women since 1945. This group show celebrates work by women and aims to redefine post-war sculpture.

The National Gallery is also restoring to prominence work by a female artist, bringing together the paintings of Artemisia Gentileschi. The 17th-century artist defied the conventions of her time, enjoying a long and successful career.

A stunning collection of Impressionist paintings – many not seen in the UK before – is presented at the Royal Academy alongside a career-spanning series of Post-Impressionist work by Paul Gauguin.

The Linda McCartney Retrospective at Walker Art Gallery looks back at the photographer’s iconic images of the 1960s music scene, and offers touching insights into her family life and personal interests.

And you can discover a different revolution at the Design Museum in London through the art, people and technology of Electronic music – expect an immersive experience.

Step into summer with another Design Museum show – Sneakers Unboxed: Studio to Street explores the impact sneakers have had on fashion and design.

In Edinburgh, Ray Harryhausen’s innovative work in special effects is celebrated with an exhibition of his archive, including his work on films such as Jason and the Argonauts (1963) and the Sinbad series.

The V&A in London looks for the first time at Renaissance Watercolours as a unified art form, exploring rarely seen works by artists from Dürer to Van Dyck and their role in how we understand the natural world.

Lynette Yiadem Boakye’s portraits also raise questions of identity at Tate Britain. While her paintings often reference historic European artists such as Goya and Manet, her subjects are fictitious black people from no definite time or place.

This month offers up a picnic of treats. Reverb at the Hayward Gallery brings together 15 international artists who work primarily with sound, inviting visitors to listen to as well as look at visual art.

Meanwhile, the Holburne Museum presents the first opportunity outside of London to see the Courtauld’s stunning collection of Islamic metalwork from the 13th to 16th centuries.

Exceptional early photography can also be seen at Dulwich Picture Gallery. Unearthed: Photography’s Roots traces the history of the art form since the 1840s through depictions of nature.

And at the Hepworth Wakefield, the focus is on sculpture with a major exhibition of work by American artist Sheila Hicks. Her work blurs the line between art and architecture, and the exhibition will respond to spaces inside and outside of the building.

There are plenty of fascinating exhibitions opening over the summer holidays to save you from silly season.

Tate Britain offers a revealing look at how Britain changed between the end of the Second World War and the election of Margaret Thatcher in After Empire: Photographing Britain and the World.

On Colour at Compton Verney explores historical colour theories and how they influenced leading artists from JMW Turner to Andy Warhol, Wassily Kandinsky to Olafur Eliasson (above).

There is much more colour on show in Beautiful People at the Fashion & Textile Museum, London, which has a thorough rummage through the radical London boutiques of 1960s counterculture.

If you can’t get away this year, you can explore Tokyo without going further than the Ashmolean in Oxford. This exhibition evokes the Japanese capital through its groundbreaking art of the last 400 years.

For a different trip, you can disappear down the rabbit hole of the most comprehensive exhibition ever held about Alice in Wonderland (below). The V&A in London will explore the origins, creation and legacy of Lewis Carroll’s famous tale.

Or, escape into the wonderful watercolours of French Symbolist Gustave Moreau at Waddesdon Manor. His acclaimed paintings of 17th-century fables will go on public display for the first time since 1906.

If you missed it at the Barbican last year, the immersive and interactive AI: More than Human explores the future of artificial intelligence at the World Museum in Liverpool.

It’s also the year of Liverpool Biennial – the UK’s largest festival of contemporary visual art transforms the city across multiple venues. This year the theme is the body and ways of connecting with the world.

John Tennial, Alice at the Mad Hatter’s Tea Party, illustration for Alice’s Adventures in Wonderland, 1865, © Victoria and Albert Museum, London. Part of Alice in Wonderland at the V&A

Autumn always brings with it a flurry of blockbuster exhibitions.

In September, the Design Museum opens the first major exhibition devoted to Prada – find out how a family business became one of the most successful and dynamic fashion houses in the world.

And the Lightbox addresses the continuing under-representation of women artists with a show drawn from the Ingram Collection – one of the UK’s most significant collections of modern British art. Women at Work places contemporary artists alongside key modern figures including Barbara Hepworth and Sylvia Gosse.

The National Gallery kicks off October with a major exhibition spanning Raphael’s entire career, to mark the 500th anniversary of his death (above).

Sculptor Auguste Rodin’s experimental side will be brought to the fore at Tate Modern’s landmark exhibition, with displays evoking the informal atmosphere of the studio.

And the V&A will explore 5,000 years of culture in Epic Iran, revealing the immense artistic achievements of one of the greatest historic civilisations.

The ninth edition of the British Art Show – the biggest touring exhibition of contemporary art in the UK – opens across Manchester before touring to three other cities.

And the Hepworth Wakefield celebrates two decades of Hannah Starkey’s mesmerising photographs, which engage with the representation of women in contemporary culture.

Elsewhere, our animal friends take centre stage. The Barber Institute looks at ‘celebrity’ animals in 18th- and 19th-century art; the depiction of dogs in sporting art is explored in Suffolk; and Royal Academician David Remfry’s portraits of dogs and their humans, including Susan Sarandon and Ethan Hawke, go on display at the Lightbox.

Tracey Emin, It - didnt stop - I didnt stop, 2019. Photo © HV-studio. Courtesy the Artist and Xavier Hufkens, Brussels. Part of Tracey Emin / Edvard Munch: The Loneliness of the Soul at the Royal Academy

It’s party season, and V&A Dundee celebrates the world’s most influential nightclubs in Night Fever, tracing their design and evolution since the 1960s.

Turner’s Modern World at Tate Britain examines how, unlike many of his contemporaries, JMW Turner embraced his era’s changing industrial landscapes in his paintings.

Challenging Convention in Newcastle throws light on a time of great change as well as struggle for women in Britain through the work of four important 20th-century artists.

Tracey Emin’s career-long fascination with Edvard Munch is given full rein at the Royal Academy (above). Works by both artists reveal a shared preoccupation with the complexity of the human psyche.

And finally, Bridget Riley’s blockbuster retrospective arrives at the Lightbox with enough bright and bedazzling ‘optical’ paintings to light up your festive season through to 2021.

Never run out of ideas – discover more to see and do with a National Art Pass or Student Art Pass.